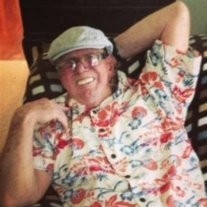 Gerald Frank Borths was born on June 30, 1939 in Wauwatosa, Wisconsin to the late John Frank and Angeline Tegge Borths. Jerry, as he was called by his family and friends, was one of eight children. Jerry spent his childhood in Wisconsin fishing, running amok and generally causing trouble with his brothers and sisters. In 1961, Jerry made his way to California where he eventually enlisted in the Army. He proudly served his country in the US Army as an infantryman from 1962 until 1964, when he was honorably discharged. After his discharge from the Army, and with help from his brother Frank, in 1964 Jerry met the love of his life, Gail Kiper. In 1965, Jerry made an honest woman of Gail and over the next 48 years they lived their life in Lake Elsinore, CA and raised 4 children. Daughter Kerri Gonzalez and her husband Jose of Lake Elsinore, CA. Son Gerald Borths and his wife Amanda of College Station, TX. Son Gary Borths of Menifee, CA and daughter Cheryl Ahrens and husband David of Springfield, MO. Jerry dedicated the majority of his professional life serving the community of Lake Elsinore with the Elsinore Municipal Water District. Jerry worked for the EMWD for 17 years and eventually retired from there in 1999. In his spare time Jerry loved to fish, both deep sea and at the nearest local fishing hole. Many people would describe Jerry as a "tinkerer". He was always available to lend a helping hand to those who needed it. He enjoyed working on old cars, fixing things around the house and wood-working. He really enjoyed spending time with his wife Gail playing Bingo and working at Helping Our People in Elsinore (HOPE), a non-profit organization that provides food assistance and clothing to the Lake Elsinore community. However, Jerry's favorite past time was spending time with his grandchildren or bragging about them to his friends. Christopher, Katie, Joshua, Matthew and JoAnna were the lights of Jerry's life and all have amazing stories of time spent with their Grandpa. On Tuesday, October 8th, 2013 he passed away in Riverside, California Jerry is preceded in death by his mother and father and sisters Rose Brady Welke, Shirley Borths Olp, Dorothy Lipuma and his brother Alvin Borths. He is survived by his wife Gail Borths, brothers Ed Brady and Frank Borths, sister Norma Deering Robbins, sons Gerald and Gary Borths, daughters Kerri Gonzalez and Cheryl Ahrens and his "children by marriage" Jose, Amanda and David. Jerry is also survived by his sisters-in-law Cheryl Borths and Marlene Brady, five grandchildren, numerous nieces, nephews and great-nieces and nephews. Jerry was a one-of-a-kind man. He never met a stranger and made many close friends throughout his life. His passing has left a gaping hole in the hearts of those that loved him. To honor Jerry's memory donations can be made to Helping Our People in Elsinore (HOPE) which is located at: 29885 2nd Street., Suite R Lake Elsinore, CA Ph: (951) 245-7510

Gerald Frank Borths was born on June 30, 1939 in Wauwatosa, Wisconsin to the late John Frank and Angeline Tegge Borths. Jerry, as he was called by his family and friends, was one of eight children. Jerry spent his childhood in Wisconsin... View Obituary & Service Information

The family of Gerald Frank Borths created this Life Tributes page to make it easy to share your memories.

Send flowers to the Borths family.